Home / business / In Peter the drunk, armed guard metro forced the passenger to get on my knees

In Peter the drunk, armed guard metro forced the passenger to get on my knees 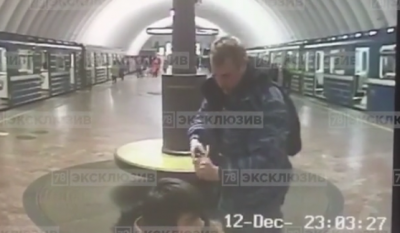 The man decided to fire.

The drunk employee of security service of the Petersburg underground have forced the passenger half an hour to kneel at gunpoint.

According to him, around midnight December 12, it seemed to the man that one of the passengers at the station “Old Village” similar to extremists. He decided to arrest, pulled a young man out of the car and put him on his knees.

Arrived at the security forces after the check let passengers, and in respect of a transport safety officer made an administrative report under article “Use of alcoholic products in prohibited places”. The authorities decided to fire the man.

In turn, the subway employee said that he had drank in honor of the birthday of colleagues and went on Affairs. In the subway he was approached by people and told that the other passenger with a knife. Probably it took for the enforcer because of the color of the shape similar to a form of Riot police. “I got out of the car, and then lost. And it so happened that the citizens started to ask that question,” explained the man.

He said that after the incident against him brought a criminal case under article “hooliganism on the transport.” A former subway employee said that she feels guilty and is going to apologize to the young man.

The man said that he had personal weapons. “Fontanka” said that the gun was traumatic, it was from the brawler