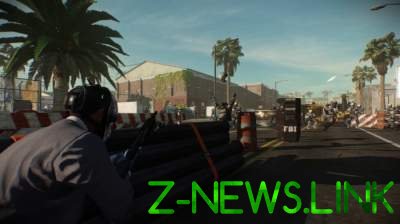 Overkill Software has announced yet another update for the cooperative shooter.

Based on “reservoir dogs” by Quentin Tarantino (Quentin Tarantino) this year has already released one game — Reservoir Dogs: Bloody Days. But she, apparently, was so nondescript that have already disappeared from the virtual shelves. Now for an interactive analogue of the film came from the creators of PayDay 2.

Overkill Software has announced yet another update for the cooperative shooter. Its main feature, as you guessed, is a robbery in the style of “reservoir dogs” called Reservoir Dogs Heist. The assignment will span two days and takes you to California — a place where, they say, the potential network Crime.net have not been disclosed.

Along with a Heist in the game Union 5.56 rifle, razor Alabama, and several types of sunglasses.

A new Heist is supposed to all owners of PayDay 2. Recall that Overkill have combined all the DLC (except for one charity) to set PayDay 2: Ultimate Edition and promised that all future additions will be free. Active support for the game at the moment extended until the end of 2018.