Home / WORLD / In Pakistan, the woman wanted to kill the wife and fatally poisoned 13 people

In Pakistan, the woman wanted to kill the wife and fatally poisoned 13 people 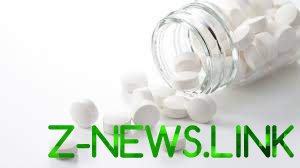 The poisoner was arrested.

In Pakistan, police arrested a woman after her plot to kill her husband with a poisoned glass of milk, led to the death of 13 family members.

According to police, the woman used poisoned milk to make the drink Lassi, but her husband refused to drink it. As a result of further actions affected a total of 27 people.

Police reported that the woman named Asia was up with violence to avenge the fact that she married against his will two months ago.

After the previous attempt to escape in his parents ‘ home failed, her alleged lover gave her the poison. But it all went wrong when her husband refused to drink a glass of milk. After that her mother-in-law poured a poisonous substance into the vessel, where he kept all the milk family. The next day, the family drank it. As a result, injured 27 people, 13 of them were killed.

See also:  NASA told, by what criteria people are selected for future experiments

Initially it was argued that a lizard had fallen into the milk, poisoning him. But according to police, Asia admitted that it was her fault.