Home / WORLD / In Pakistan, a terrorist attack against Shiites

In Pakistan, a terrorist attack against Shiites 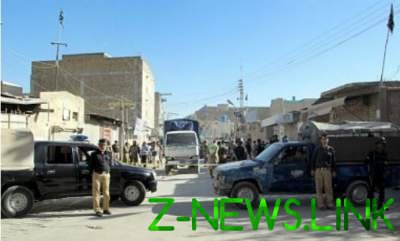 Five people were killed and two were wounded, according to local police.

In the provincial capital of Baluchistan, Quetta, Pakistan, gunmen attacked the car in which rode the Shia.According to police, four people were killed who were in the car and one passer-by.

While none of the groups has claimed responsibility for the attack, but the extremist Sunnis regularly attack on Shias in Balochistan and other regions of Pakistan.

5 October 2017, a suicide bomber exploded near the Shrine of the Shiites in Pakistan, killing 12 people and wounding 30.