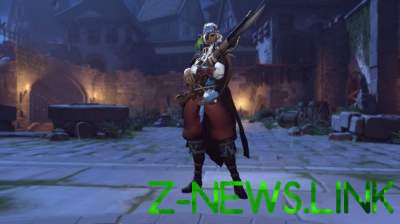 From 10 October to 1 November in Overwatch again available, “the Revenge of Krasenstein” — special PvE mode.

Blizzard Entertainment not began to do something unexpected: announcing the return of “Horror at Halloween” for Overwatch, the company really launched the event last night. So now we can hear about new PvE-additive and see fresh faces!

From 10 October to 1 November in Overwatch again available, “the Revenge of Krasenstein” — special PvE-mode where four heroes reflects waves of minions under Krasenstein narration of Reinhardt. But this time Blizzard has added an alternative version called “Infinite revenge”. In addition to Ana, Soldier 76, Hanzo’s and McCree, you can choose four characters: the Fatal widow, genjii, Zenyatta and Torbjorn. In addition, the waves of enemies in the “Infinite revenge” is endless.

And in festive containers (which replace) now possible to find eight legendary skins, a few new emotions, the best moment of the match for Turbowin and other beauty items. For example, the dawn turns into the character from the eighties McCrea in van Helsing, and Zenyatta — in Cthulhu.

In addition, at the time of the event cards Eichenwald and Hollywood changed in appearance, now has new achievements. Also you can unlock all the content that was available in the “Horrors on Halloween 2016”. As in the previous event, last year’s holiday items (unlike the new) are the same as standard. That is, if you for some reason have not received “the Witch” angel, now’s the time to catch up!