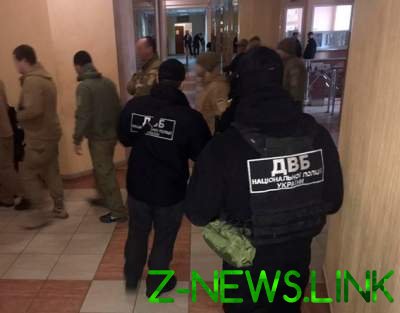 A policeman threatens till 15 years of prison with confiscation.

In Odessa detained three investigators of the local police, who staged an armed assault on collectors and stole $120 000. This was reported on the official website of the National police.

As noted, three 29-year-old captains of police using his official position, had fabricated a case for fraud.
The police came up with the victim, who allegedly lured cash person to move the vehicle one of the collector companies. According to their legend, the collectors were also engaged in trade of firearms.

Fabricated materials they have obtained the consent of the Prosecutor’s office of Odessa region and of the court a search of a vehicle “intruders”.

To searches they attracted soldiers of the regiment of special purpose police of Odessa. During the RAID the police behind commandos planted in the car the bag of weapons, and also stole two bags with $120,000.

However, to spend the stolen currency, the investigators did not. They are detained, they announced on suspicion of a number of articles. The sanction of the most severe of which carries a penalty of imprisonment up to 15 years with confiscation of property.