In Odessa disrupted a concert of the famous Russian artist 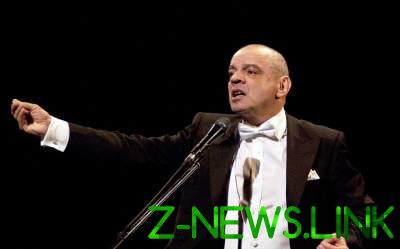 Activists broke into the hall and Raikin was forced to leave the stage.

In Odessa blew off a creative party supported the annexation of the Crimea by Russian actor Konstantin Raikin.

Broadcast from the building of the Odessa academic Ukrainian musical-drama theatre. V. Vasilko was led by community activist and blogger Sergey Sternenko.

A group of activists broke into the auditorium and forced the artist to leave the stage. While the audience tried unsuccessfully to return Raikin.

According to the adviser of the head of state of Ukraine in Odessa region, in the theater there are about 20 activists.

Raikin had to give in Odessa poetic solo performance of “Over the sky farce…”.

It is known that Raikin was also going to play a concert in Kiev.