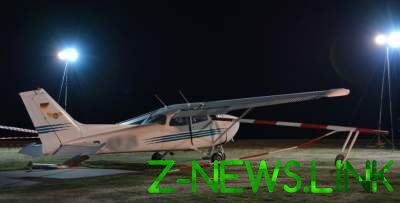 A single-engine plane SEPA P210H German room departed from the Macedonian city of Ohrid in Sofia (Bulgaria). In connection with bad weather conditions, the pilot requested landing in Skopje, but then asked permission to continue the flight to Sofia.

See also:  In Germany, an armed attack on the Bank

As a result of falling of the plane were killed, the Bulgarian family of four.

Before the plane disappeared from radar, the pilot announced that there was a strong turbulence. In search of the remains of the aircraft were involved in two police helicopters.

See also:  In Ivano-Frankivsk the plane turned over: there are victims