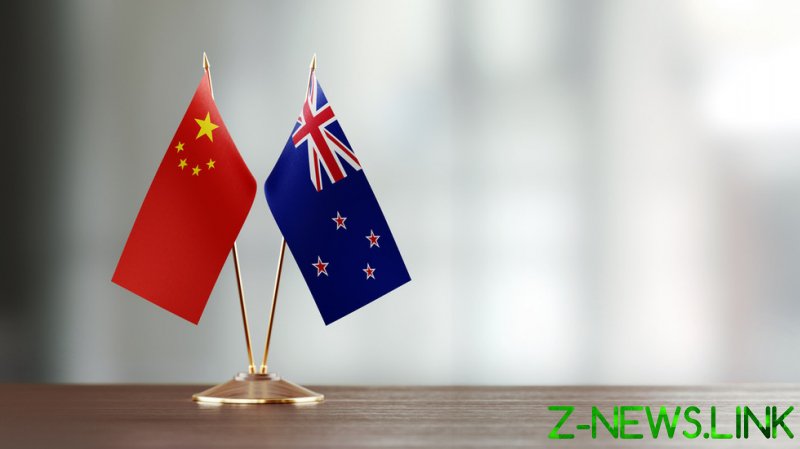 The World War II-era partnership between the intelligence agencies of the US, Canada, the UK, Australia and New Zealand has issued official statements in recent months on a host of China-related matters, including alleged human rights violations against Uighurs and political developments in Hong Kong.

Speaking at a meeting of the government-funded New Zealand China Council on Monday, Mahuta said, “We have raised with Five Eyes partners that we are uncomfortable with expanding the remit of the Five Eyes relationship. We would much rather prefer looking for multilateral opportunities to express our interests on a number of issues.”

“New Zealand has been very clear not to invoke the Five Eyes as the first point of contact on messaging out on a range of issues that really exist outside of the remit of the Five Eyes,” she later told reporters. “We don’t favour that type of approach. What we would prefer is looking for other supports in the region that may or may not be those countries.”

China, which is New Zealand’s biggest trading partner, with annual two-way trade valued at around US$29.5 billion, has repeatedly criticized the spy alliance. Last month, the Chinese foreign ministry said “the Five Eyes have taken coordinated steps to gang up on China,” after Australia and New Zealand issued a joint statement about alleged rights abuses in Xinjiang.

On occasion, however, New Zealand has chosen to act independently of the alliance. In January, for example, New Zealand didn’t co-sign a statement from its Five Eyes partners following reports of mass arrests in Hong Kong. Instead, Mahuta later issued a separate statement. That month, China and New Zealand upgraded a free trade agreement.

Perhaps the most public snub came last month when New Zealand refused to join its Five Eyes allies and others in signing a communique criticizing the World Health Organization’s (WHO) report into the origins of the Covid-19 pandemic.

Such departures from the norm have prompted accusations from domestic political opponents, hawkish diplomatic quarters and sections of the media that it is compromising the alliance’s solidarity.

Noting that the country sought a “predictable approach, through diplomacy and dialogue,” Mahuta said Wellington would, however, continue to raise concerns with China privately.

“Matters such as human rights should be approached in a consistent, country-agnostic manner… At times we will do this in association with others that share our views and sometimes we will act alone,” she added.

Interestingly, Mahuta’s comments came ahead of an expected visit by her Australian counterpart Marise Payne. In the first diplomatic visit between the neighbors since borders were reopened, Payne will travel to New Zealand on Wednesday for meetings with Mahuta and Prime Minister Jacinda Ardern.

Despite expressing a desire for a more comfortable working relationship with China, Mahuta also said New Zealand was looking to diversify its trade and reduce reliance on any one country.

She also touched on concerns around the long-term recovery of the Pacific region, urging China to invest more in multilateral development programs instead of financing loans to build infrastructure.

China has spent at least $1.6 billion in aid and loans to the region since 2011, according to the Lowy Institute, an Australian think tank.

“It’s no secret there’s a significant level of economic vulnerability across the Pacific,” Mahuta said. “New Zealand certainty invests in the Pacific… by way of grants, not loans.”

“If we’re really focused on regional stability and opportunity, we need to tackle this particular challenge. I hope that conversation can take place with those who seek to invest in the region,” she added.