In Nikolaev the disabled girl was kidnapped from her apartment 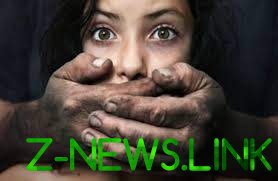 The girl was abducted by four unknown men.

In Nikolaev there was an accident: 18-year-old girl with disabilities was abducted from her own apartment. Information shared in the press service of the National police in the Nikolaev area.

“Four unknown men broke into the apartment 18-the summer local resident and against the will of the girl, dragged her into the cabin of the Toyota car parked at a house on Moskovskaya street in the Factory district of Nikolaev. Immediately to the specified address there arrived the crews of the patrol police and staff of Department of criminal police. At the scene police found the vehicle specified in the message, the interior of which was heard a woman screaming for help,” he told police.

Men who were in the car, went outside at the request of police. Their identities were established: it was three residents of Kherson region 29 and 34 years, and 36-the summer local.

The kidnappers said that they took the girl at the request of her mother, who learned that the daughter of drug addicts and provides an apartment for the same as she. The detainees allegedly are members of the anti-drugs Association, a branch of which is located in Kherson. The girl’s mother has long been outside the country, so a request was made to the organization.

The police checked the involvement of the girls to drugs and this information was not confirmed. At the place of residence of the girl is featured with the positive side.

It turned out that the daughter with her mother for a long time do not go with each other and do not support any relationship, and with the question of the alleged drug daughter to the police the mother was not addressed.

Read also: In Luhansk oblast girl is murdered roommate and took out a body to fit

The investigation is continuing. All the evidence was removed. Now the men could face up to five years of imprisonment.