Home / Incident / In Nikolaev stabbed the guy, intercede for sleeping

In Nikolaev stabbed the guy, intercede for sleeping 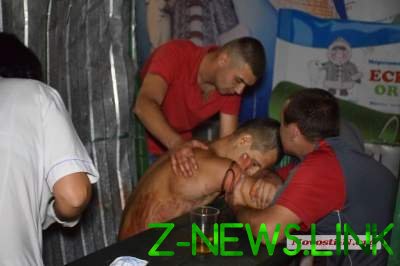 PM, August 13, in Nikolaev there was a bloody incident in which the dangerous stab wound received by one person. Drama on crossing of streets of Volodarsky and the 9th Military.

In street cafes, near a grocery store, rested the company of young people. At some point one of the young men noticed how asleep at the next table, men, unknown tries to remove a gold chain.

See also:  In Nikolaev the man wounded a passer-by and threatened to cut police officers

The shot hit in the arm, but apparently nicked the brachial artery – the blood from the wound spurted literally a fountain. Before the arrival of “ambulance” the injured were assisted on the spot as best they could. Arrived “fast” urgently took the victim to the hospital. Judging by the bloody puddles on the ground and blood soaked clothes he lost over two liters of blood, so we are talking about saving his life.

See also:  Terrible emergency in Kharkov: the train cut off the man's leg

To a scene there arrived some crews of the patrol police. Police found signs of the attackers and started their search.

And here’s the one from whom it all began – the man took a gold chain, fell under the table, and as if nothing had happened continued to sleep. 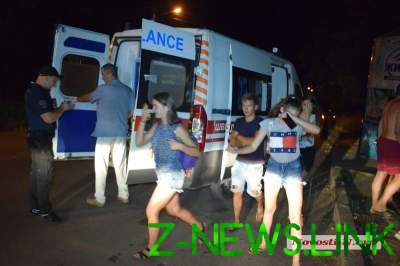