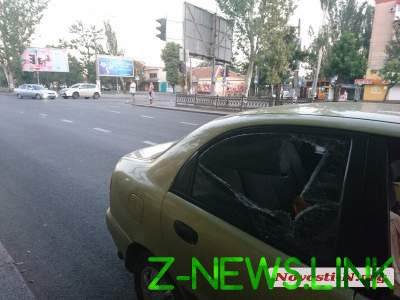 The child was not injured.

14 August in the evening at the intersection of Central Avenue and Ryumin St. in Nikolaev Daewoo Lanos car knocked down a woman crossing with the child in the street on the crosswalk.

“”Lanos” I turned from Ryumin St. right on prospect, in direction of the street 8 March. When making a turn the driver stopped and missed three pedestrians, but a woman with a child crossing the Avenue a little further, I did not notice because of the bright sun. The driver began to move and pushed the pedestrian”, – stated in the message.

From the blow the woman fell to the pavement. The child was not injured.

Two bystanders who witnessed the accident, ran to the car and began to pull out of his 64-year-old driver. The driver was hit several times in the face. This is not limited to – rasplyvetsya men pulled from car 65-year-old wife of the driver sitting in the front seat. A woman was also hit several times and knocked to the pavement. In addition, the car broke the glass right rear door and tore off the rear view mirror.

Police approached the self-styled Avengers explained his actions by saying that they thought the driver wants to hide, and thus they tried to “prevent” his departure from the accident scene.

Arrived on the scene the ambulance took down the woman’s hospital. For received data, serious injuries she received, after rendering medical care to her needs to go home.

The men beat the driver and his wife, the police took notes and released.

The driver of “Lanos” after the registration of road accident is going to go to the district police station and write a statement about hooligan actions in relation to himself and his wife. 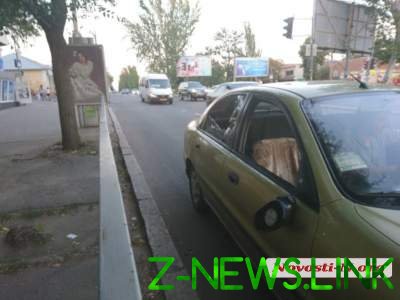 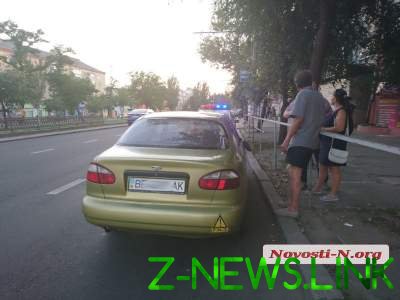 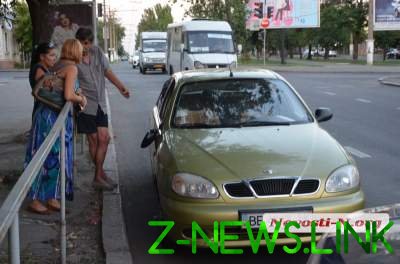