Home / FUNNY NEWS / In New Zealand, found a fun way to get around the “dry” law

In New Zealand, found a fun way to get around the “dry” law 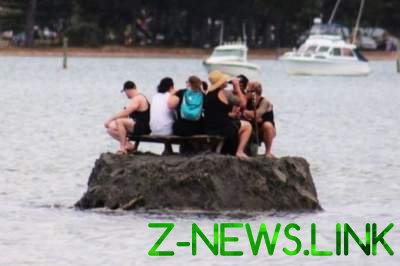 In Coromandel can’t drink in public places during the holidays.

Residents of the town of Coromandel in New Zealand built a mini artificial island to new year’s eve to circumvent the ban on drinking alcoholic beverages in public places in the city.

During low tide in the estuary, Tairua, several residents of the city of sand built island, secured it on the table.

After the tide of water began to celebrate new year’s eve. According to them, they being on the island, located in international waters, on whose territory is not a valid ban on the use of alcoholic beverages.

The inhabitants of the island were celebrating the New year throughout the night.

According to police inspector John Kelly, the idea is very original and if he knew about the island, then he would have joined the company.

Note, in Coromandel is forbidden to drink alcohol in public places during the Christmas holidays. Violators face a fine of $ 180.