In Murmansk drunk Russians threatened to blow up the plane 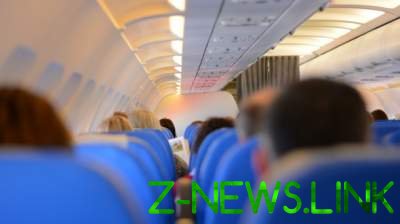 On the eve of may holidays in Russia, the cases of inadequate behavior of drunken passengers.

At the airport of the Russian city of Murmansk, which earlier this year crashed the supersonic missile-bomber Tu-22M3, the police have detained a man who threatened to blow up the plane before takeoff.

The incident occurred on a domestic flight Murmansk – Moscow on April 24. After boarding the passenger, while drunk, said that his phone is the bomb.

“Egregious case occurred late last night in Murmansk, when after landing on a flight to Moscow one of the passengers, being obviously drunk, stood up from his seat, took out his mobile phone and waving, said that gadget has a built-explosive device”, – reported in the organs of air traffic control.

After the incident, the offender was arrested and the passengers were taken off the plane and re-screened Luggage.

However, this is not an isolated incident with drunken Russians in the past day. It turned out that in Moscow “Sheremetyevo” couple not allowed to Board because they were drunk and behaved inappropriately, and in Ufa, the passenger made a drunken brawl on a flight to Turkey.