Home / business / In Moscow, the Norwegian on trial for the collection of information about nuclear submarines

In Moscow, the Norwegian on trial for the collection of information about nuclear submarines 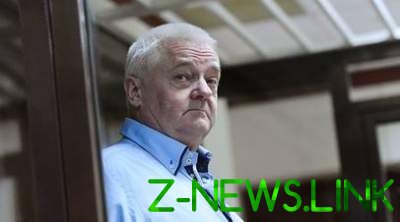 He faces up to 20 years in prison.

In the Russian Prosecutor’s office stated that the accused of espionage citizen of Norway Frode Berg collected information about nuclear submarines.

“Berg collected information about nuclear submarines of the Russian Navy, which he got from an employee of the Russian defense enterprises, which operated under the control of the security services,” – said the Prosecutor of Milan Digaeva.

According to her, the prosecution believes that Berg collaborated with Norwegian intelligence service for a reward.

On Tuesday a court in Moscow has started consideration of the case of Norwegian. The next meeting will be held on Wednesday, April 3. The court will start interrogation of witnesses for the prosecution.

Berg is charged with espionage. He faces up to 20 years in prison.

Russian security forces detained Berg 5 December 2017 at hotel in Moscow on charges of espionage. The prosecution submitted that he had forwarded the money “Mail of Russia” a woman named Natalia in Moscow. And in response to received information, in particular, on nuclear submarines in the Russian Arctic.

The man pleaded as a courier of military intelligence of Norway, but says that he “cheated”. He argues that sending the envelopes, he was asked a friend from Oslo who said that “money is very necessary to the person for whom intended.” Berg argues that he did not know what is involved in the operation.