Home / business / In Moscow, the former Governor was accused of fraud

In Moscow, the former Governor was accused of fraud 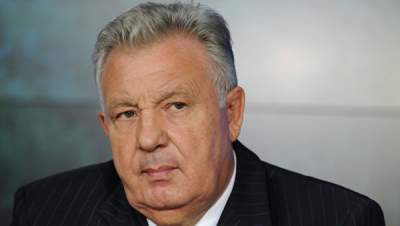 The former Governor of Khabarovsk Krai Victor Ishaev detained in Moscow. He is accused of fraud in the forest industry.

On the morning of 28 March, the FSB came with searches to the administration of the Khabarovsk territory. In particular, investigations are in the office of the Deputy Prime Minister on security issues and interaction with the Federal bodies of state power of Vladimir Khlapova.

Detention Ishayev and Khabarovsk searches are conducted within the framework of one criminal case, said the source.

On March 20 the court of Khabarovsk has arrested two defendants in the case about abuse of power and billions of dollars of fraud in the forest industry of the region – the former first Deputy Chairman of Khabarovsk government of Basil shikhaleva and lumberman Alexander Pudovkin. According to the Prosecutor General, Shikhalev in charge of the government of the region for the implementation of priority investment projects in forest development, provided patronage to the company expected from October 2013 to September 2018.

See also:  State of emergency in the Moscow metro: the train crashed into the wall

Victor Ishayev headed the administration of the Khabarovsk Krai in 1991. In 1996, he won the first election of Governor and held this post until 2009. After that, he held the post of Minister for Far East development and presidential Plenipotentiary envoy to the far Eastern Federal district.