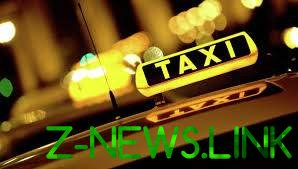 The woman realized what happened after I came home.

In Moscow cab driver suspected of raping a 24-year-old passenger, who was returning home from a nightclub. On Monday, October 23, said a source in law enforcement bodies.

According to the victim, the incident occurred around four in the morning. The girl spent the night in the club and gathered home, called a taxi on the popular mobile app. In the car she fell asleep, and woke to find that her pants and underwear down around his ankles.

The taxi driver began to deny the fact of proximity to the passenger and demanded her fare in the amount of 400 rubles. After paying the money, Adam came out of the cabin and headed towards the house where waited for her husband.

“In the apartment she realized what happened, started crying and called the police. In fact, her treatment being tested, efforts are made to trace the taxi driver,” — said the source.

See also:  The driver hit a small child, fascinated by the phone. Video

On October 17 in Moscow have detained the taxi driver, grass people mineral water with dissolved substances. According to the investigation, for two years the driver is fed its passengers and then robbed and dropped off on the street. One of the victims died as a result of severe poisoning.