In Moscow organizations working dressed and thrown out on the street 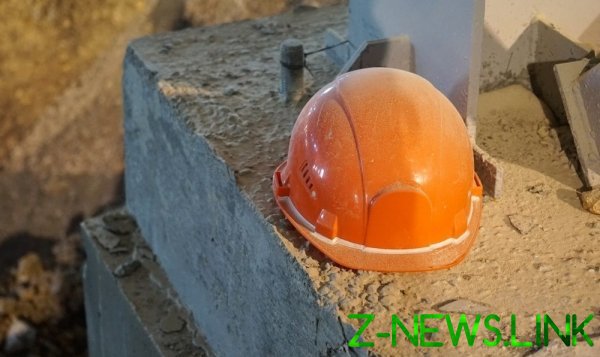 “While pulling and clothes – have caused even greater harm”

Working from the Lipetsk region, who came to work in Moscow and received at the construction site spinal injury, dressed and was out on the street to avoid a scandal. About Public news service, said the victim’s sister Julia Savina.

Nikolay Volkhin worked on the construction of the LCD “Happiness” in the South-East of the capital. He worked on shift system, informally. House in Lipetsk, he left the civil wife and two children.

— According to the superintendent, brother fell formwork, it crushed. But the doctors say that the horizontal nature of the damage, something fell on top of him. When the accident happened, my brother was out in the territory of building. The superintendent was afraid of the scandal and told to change clothes Nicholas from working clothes to casual clothes. While pulling and clothes – have caused even greater harm, trauma of the spine it is generally impossible to handle and shake. The foreman wanted to leave my brother lying in the street and not to call an ambulance, but another worker insisted on calling doctors, — said Julia.

More than two months, Nicholas has lain in resuscitation GKB them. Pirogov. The man was diagnosed with damage to the spine and sever the spinal cord. Condition Nicholas is still heavy, it is very likely that he will not be able to walk. On top of that inflammation of the lungs – a consequence of their ventilation, when the patient could not breathe on his own.

According to the sister of the victim, the employers contacted the relatives the next day. Offered money to hush up the situation, asked to name the amount. As Volkhin worked unofficially, his family considered the issue of settlement of the Affairs of the world, as he was not sure that you will be able to receive compensation through the court.

But then Nicholas came to himself and said, write the statement. We have applied to the Labour Inspectorate and the Investigative Committee. But there are no results yet. The main task — to find funds for rehabilitation. We want justice and we are counting on compensation from the Builder. Can get pass that the brother will be disabled for life, and had small children — and father, too, need to raise — said sister Volgina.