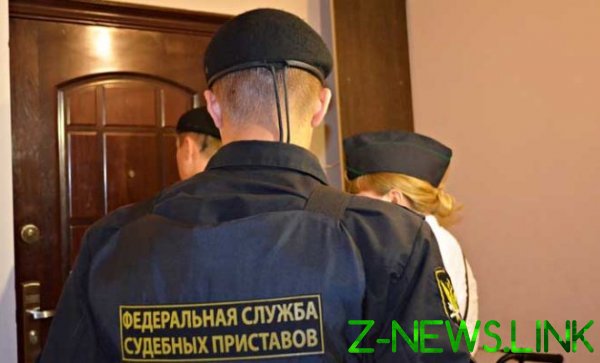 In Moscow employees of the bailiff service began conducting raids on apartments of citizens, who were detained at the protest on July 27. About it reports TV channel “Moscow 24”.

Deputy head of capital management FSSP Yevgeny Klimenko said that the detainees have debt totaling $ 26 million rubles. Basically it is a lot of debt.

According to Klimenko, the bailiffs visit the flat to establish the financial situation of the protesters. Some debtors bailiffs did not find the house, so they will take coercive measures or drive these people even declared wanted.

Earlier in SK have informed that among those detained at the rally on 27 July was 134 objector from military service. The Moscow Prosecutor’s office demanded to deprive of the parental rights for the couple who came to the protest with a year-old child. The SC said that on the given fact criminal case is brought. Lawyers said that after the interrogation, the spouses investigators do not have any claim to them.

27 July, Moscow hosted an inconsistent campaign for free and fair elections to the Moscow city Duma. According to police estimates, the event was attended by about 3.5 thousand people, the opposition said on 10 thousand protesters. According to “OVD-info”, at the rally, was detained by 1373 people. In the “Agora” called this number, a record in modern Russian history.

At the end of the meeting of the investigation Committee opened a criminal case on the riots, the persons involved which were ten people. Meanwhile, the survey “Levada-center” showed that 37% of Muscovites approve of the protests of the opposition.