Home / business / In Moscow, a man was beaten and robbed of his bag with 13 million

In Moscow, a man was beaten and robbed of his bag with 13 million 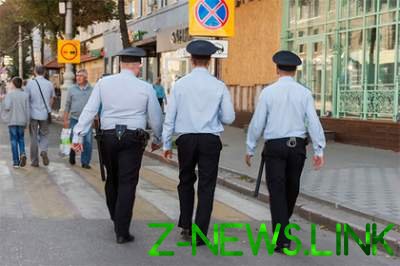 Three masked men attacked the man, took the bag with money and left in a foreign car.

In Moscow robbers in masks beat a man and took the bag from him with a large sum of money. On Thursday, October 26, said in the capital cupola MIA.

“Today at 11:45 arrived on service “02” the information that near the house 1 case 2 microdistrict Northern Chertanovo three unknown men in masks had caused the injuries to the man, openly stolen at it a bag with a large sum of money, then fled in the car — presumably Mitsubishi”, — said the press officer.

According to him, for the investigation and detention of suspects was introduced plan “Interception”, the question on excitation of criminal case.

“The victim stated a large amount of money was in his bag. One of the objectives of verification activities — the establishment of the exact amount of damage,” — said in the Chapter.

See also: battle of Moscow man killed in the Elevator

The source in law enforcement bodies informed that, according to the victim, the damage amounted to 11 million rubles and 40 thousand USD (2,3 million roubles), that is, a total of about 13.3 million rubles.