Home / business / In Moscow, a car with government plates got killed by a COP

In Moscow, a car with government plates got killed by a COP 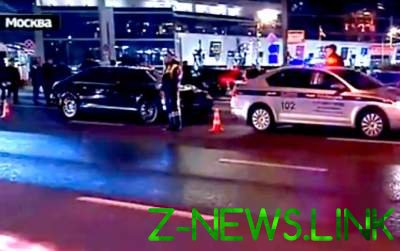 The Mercedes was moving at high speed on the dividing strip.

On Monday evening, September 25, in Moscow a Mercedes with government plates got killed by the traffic police inspector.

This is with reference to emergency services reports TASS.

Reportedly, the accident occurred at the intersection of Novy Arbat and Novinsky Boulevard, less than a kilometer from the government House.

Read also: video Released of road accident with participation of the General of the Russian Federation, who led the occupation of the Crimea
According to witnesses, the Mercedes was moving at high speed right on the dividing strip.

It is noted that after the accident, the security forces took the car numbers of series AMR, which, according to available information, assigned to the FSB.

See also:  This is no joke: on Sobchak in Moscow lashed out "horse"