Home / WORLD / In Mexico, the pickpockets have not divided the prey and shot each other

In Mexico, the pickpockets have not divided the prey and shot each other 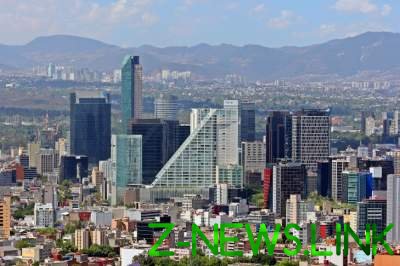 In Mexico city, August 29, two robbers have not divided the prey and shot each other.

This was reported by the newspaper El Universal.

According to preliminary information, about 21 hours two robbers 18-19 years, entered into a passenger bus. Threatening passengers with a gun and knife they took away people wallets and mobile phones. At the same time, in another part of the bus, to exactly the same actions started one of the passengers, 34-year-old man was also a robber.

Of the man’s actions have angered the two young robbers. The criminals opened fire at each other. As a result, one of the robbers was killed on the spot. Another was seriously injured and died in hospital.

As suggested by the Prosecutor Eduardo carreño Alvarado during a press conference about a double homicide, the bandits would have thought that the other perp was a COP.

As previously reported, at least four people were killed in the Pacific resort of Acapulco, which has become a hot point in modern Mexico.