Home / Video news / In Mexico in a soccer match and opened fire. Video

In Mexico in a soccer match and opened fire. Video 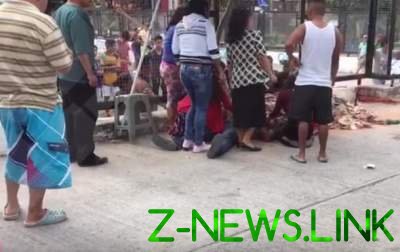 As a result of incident two persons were lost.

In the state of Guerrero in Mexico a group of armed men opened fire on the audience of an Amateur football match. On Sunday, October 30.

It is noted that the incident occurred at 15:00 local time.

First reported three wounded, but later the red cross confirmed that two of them died.

He was rushed to the hospital. Doctors assess his condition as serious.