Home / WORLD / In Mexico found the fridge with human heads

In Mexico found the fridge with human heads 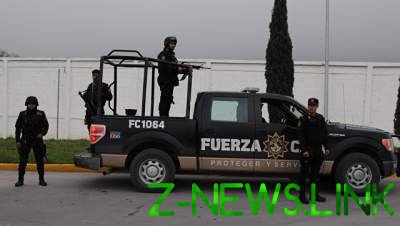 Unknown left a refrigerator with human remains in different areas of the Mexican city of Guadalajara.

According to the newspaper, one of the refrigerators, in which were found two human heads, was installed right in front of the editorial office of the TV channel Televisa Guadalajara.

In the refrigerator were threatening note: one of them to the local judges, and the other was addressed to the head of the police of the state of Jalisco, whose capital is Guadalajara.

Both messages were signed with the initials C. J. N. G., matching the name of the incumbent in the state of a drug cartel “Jalisco New generation”.

The cartel is one of the largest criminal groups in Mexico. In 2015, its members attacked the city of Guadalajara and shot down a military helicopter.