In Mexico city found sacrificed to the Jaguar and the boy 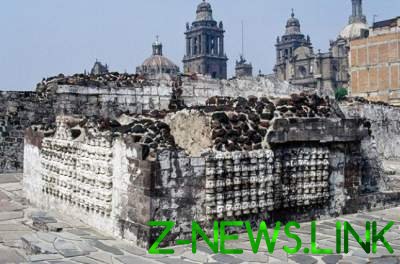 According to researchers, the finding may indicate the burial of the Supreme ruler of the Aztecs.

Archaeologists have discovered during excavations of the Templo Mayor, the most important temple complex of the Aztec, the remains of a sacrificed Jaguar and the boy. As reported by Leonardo lópez luján from the National Institute of anthropology and history, the findings can indicate that close to burial, the Supreme ruler of the Aztecs.

The remains of the Jaguar was discovered in a large stone box, which was located approximately at the center of the platform. The researchers note that at the moment, they dug up only about a tenth of the container, but have found many artifacts in it. For example, has been found of throwing spears and a wooden disk with the emblem of Huitzilopochtli. Jaguar was covered with a layer of shells, pieces of coral and starfish. There were also remains of pink spoonbills, large bird collection ibises, pink plumage resembling flamingos. In Aztec myths spoonbills accompany the dead soldiers and rulers in the underworld.