Home / WORLD / In Malaysia, the monkeys attacked the fire: there are victims

In Malaysia, the monkeys attacked the fire: there are victims 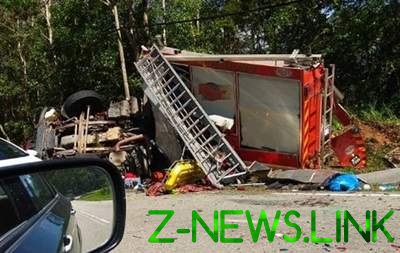 The driver lost control of the car.

Five firemen in Malaysia hurt in the accident, which happened due to the attack of the monkeys on their car.

It clarifies that the fire truck that was heading to the town of gerik in the West of Malaysia, was attacked by a monkey, resulting in a broken engine, and the car turned over.

“Investigations show that the driver tried to escape from monkeys, but lost control of the vehicle on the turn on the hill” – the Agency head of the district police supt Ismail Che ISA.

The victims were sent to a local hospital.