Home / WORLD / In Malaysia faced buses: many dead and wounded

In Malaysia faced buses: many dead and wounded 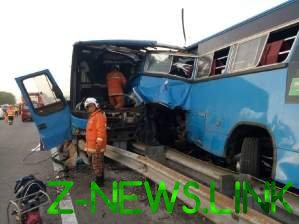 In the bus were workers of the plant. According to the local police chief, one of the buses, which were workers from Indonesia and Nepal, stopped on the road due to engine problems.

“Eight people to have died. A total of 23 people were seriously injured and 10 received minor injuries”, – said the chief of police. It is noted that other bus with the workers did not have time to brake and crashed into him.