Home / Incident / In Lviv, the car flew in an ambulance

In Lviv, the car flew in an ambulance 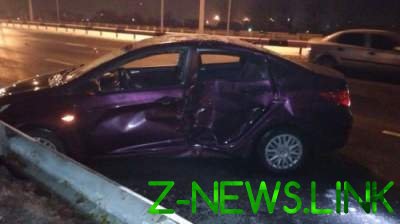 Monday, November 27, at approximately 21:20 on the street, the red Viburnum, for Sihovsky bridge accident occurred, injuring the driver. The woman lost control and drove into a bump.

“At the scene called an ambulance and another car collided with a fast. According to preliminary information, the first accident is one suffered”, – said the press-Secretary of police of the Lviv region Svetlana Dobrovolskaya.

Now on a scene investigators work which establish the circumstances of both accidents and face drivers, also there are doctors.

We will add, from-for ice on the roads rescuers urge drivers to be careful and obey the traffic rules.