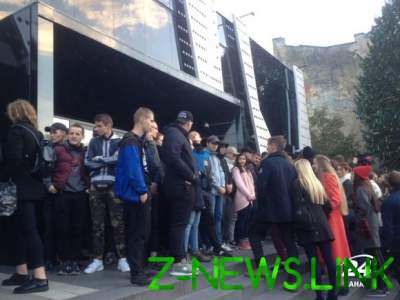 The activists are willing to allow the concert if Babkin recognizes the Russian Federation as an aggressor country.

In Lviv activists block a concert of the famous singer Sergey Babkin, who is accused of protest in Russia.

The people who came to attend the concert can’t go inside. The protesters began to push away the wish to visit the concert Babkina. The result had to intervene to police officers, which clashes with the activists.

It is noted that the activists are ready to stop the demonstration only after Babkin publicly recognize that the Russian Federation is a country-aggressor.