In Kropyvnyts’ke recidivist stabbed a minor 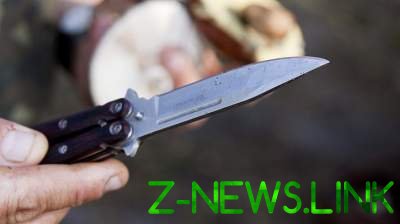 Circumstances of incident are investigated.

According to law enforcement officers, they received a message from the city hospital that to them asked for help by a minor boy. Doctors diagnosed the victim wounds to the chest.

“Previously it is established that one of the public transport between the two citizens suddenly had a conflict. During the showdown, the victim was stabbed. Causing the opponent serious injury, the attacker fled in an unknown direction and threw the murder weapon,” – said the press service.

The police added that in a course quickly-search actions, they have established the identity of the attacker involved in the crime and detained him. It was the 20-year-old previously convicted local resident.