Home / Incident / In Kirovograd the feast ended with bloody murder

In Kirovograd the feast ended with bloody murder 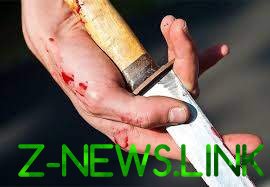 The quarrel between the two friends ended tragically.

Between two people during joint drinking of alcoholic beverages of the city of Svitlovodsk were in conflict. About it reported in sector of communications of the regional police.

“As militiamen established, the attacker temporarily lived in the apartment of a local resident. In the evening, 12 November, two companions drank alcoholic beverages. Between them there was a conflict, which escalated into a fight, during which the 47-year-old previously convicted man struck the owner a knife in the neck. Resulting in a 54-year-old victim died”, – said the police.

The perpetrator is in custody and he now faces up to 15 years of imprisonment.