Home / Society / In Kiev will be held an unusual festival

In Kiev will be held an unusual festival 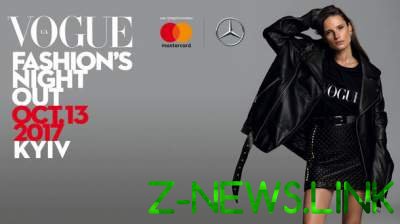 In Kiev will hold a holiday fashion.

October 13, Ukrainian Vogue will host the fifth festival of shopping, Fashion’s Night Out in Kiev. This is an international event in support of the fashion industry, which in 2008 initiated by Anna Wintour.

The day of Fashion’s Night Out all the stores participating will delight visitors limited collections, discounts, champagne, Raffles and other surprises. Also everyone will be able to purchase branded t-shirts and gifts from Vogue Ukraine. A special gift to the most active superam FNO 2017 – Vogue Box, created in partnership with the best cosmetic and fashion brands.

Entrance to the event is free. Full list of participating stores is available on the fashionable map of Kiev.

The face of the advertising campaign of the festival FNO 2017 was the Ukrainian model, photographer and it-girl Kate underwood. The General partner of the event – Mercedes-Benz, payment partner MasterCard.

Recall that the first shopping festival of FNO was held in new York. In the midst of the global crisis editor in chief of American Vogue Anna Wintour invited designers and boutiques to make a “Fashionable night”, during which shops should be open until midnight, offering gifts and entertainment to attract thus attention and money of customers to the American fashion industry. Every year the festival takes place in 10 countries and 17 cities around the world. In 2017 your Fashion’s Night Out is held in Tokyo, Milan, Mexico city, Taipei, Moscow, Berlin, Dusseldorf, Melbourne, Sydney and Madrid.