Home / Incident / In Kiev, the young man ventured into robbery because of a girl

In Kiev, the young man ventured into robbery because of a girl 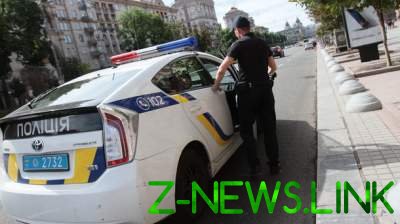 The police have established the circumstances of the crime

In Kiev, a young man stole the watch to make the girl a surprise.

The malefactor was detained by the police.

According to police, 17-year-old boy went to a shop selling gadgets. Using the fact that the seller was distracted by another visitor, the guy took with the Windows clock and walked out the door, where he hid in the backpack. The seller discovered the theft, caught up with the guy and called the police.

The police have established the circumstances of the crime.

Police seized from the suspect watch worth 820 UAH. The guy confessed to the crime and said that he intended to sell them and the money to spend on a surprise for girls.

The investigative Department of the Sviatoshynsky police Department data on incident are brought in the Unified register of pre-trial investigations under part 1 185 (Theft) of the Criminal code of Ukraine. Teenager faces up to three years of imprisonment.

As previously reported, in the center of Kiev, Vladimirskaya street, 51 – 53, has been a daring robbery of the store.