In Kiev, the strangled man 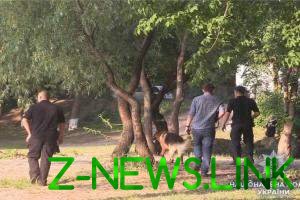 The body was found by a fisherman.

For robbery from Kiev, the court chose the malefactor the measure of restraint, which included a stay at the place of registration. However, the man ignored the decision and returned to the capital, where again committed a serious crime.

In a call center Holoseievski police Department asked a local fisherman. He said that in the reeds on the banks of the river found the man with signs of violent death. On the scene left the patrol, investigative team and dog handlers.

As the chief of Holoseievski police Department Oleg Voloshin, during survey of the territory the police found the man with injuries to the head and body. They established his identity, is a 33 – year-old resident of Khmelnitsky region, who recently lived in the capital. Also militiamen interrogated witnesses and found out that the day before in the cafe the rest of the company of men – and between the two of them had a conflict.

See also:  In Kiev, a city registry office found the lifeless body of a man

“The quarrel turned into a fight, then they left the room and continued to sort things out in the pond. As a result, one of the men strangled the opponent, took from his pocket 300 hryvnia, telephone and fled,” – said Oleg Savchenko.

To solve the crime, the law enforcement officers conducted a complex search actions and set a person who is reasonably suspected of murder of men. It was them 22-the summer inhabitant of Vinnytsia, who in March of this year committed the robbery. The court chose the measure of restraint in the form of house arrest, but he fled to the capital and had committed a serious crime.

See also:  In Kharkiv, the man strangled his wife, and the police lied that she died

“We detained the malefactor near the Sviatoshynsky district court. He came back in as a suspect in the earlier perfect robbery. Now the man announced suspicion of committing a crime under part one of article 115 (premeditated murder) of the Criminal code of Ukraine. During the investigation, it elected a measure of restraint – detention. Now to it threatens till fifteen years of imprisonment”, – said Oleg Voloshin.