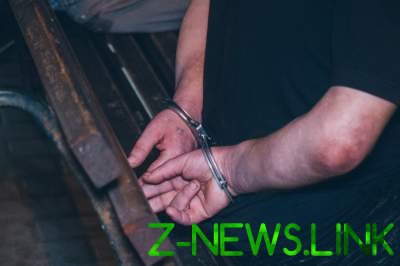 On the night of August 14 in Kiev on the street Shcherbakovskaya was a fight. The company men attacked passersby with a knife.

The incident happened at about 00:30.

According to the victims girls, they escorted a friend home. Young people walking on the street Shcherbakovskaya towards the area of Valeriy Marchenko. At the time, when they passed the drunk, the company began a verbal altercation.

A young man who accompanied the girls began a conversation with the ringleaders. At this point, he surreptitiously punched in the face. Then the attacker pulled out a knife. Fortunately, in more global conflict we get into, but the girls called at 102 and called police.

After a few minutes, when working out of the area, they pointed to the instigators of the conflict. Patrol detained them at the intersection of Broad and salute. The suspects handcuffed. At the moment of detention of the knife they found.

Note that the detainees behaved inappropriately, used foul language towards police officers and ordinary people. One of the suspects claimed that he had tuberculosis and was coughing on patrol. This continued until, until he put on a gauze face mask.

See also:  It became known, how much should the company Akhmetov, Ukraine

For the compilation of materials arrived at the scene investigative team. Details of the incident are being investigated. All parties to the conflict were taken to the district police office for further investigation.