Home / Video news / In Kiev, the driver drove the child with a disability out of the car. Video

In Kiev, the driver drove the child with a disability out of the car. Video 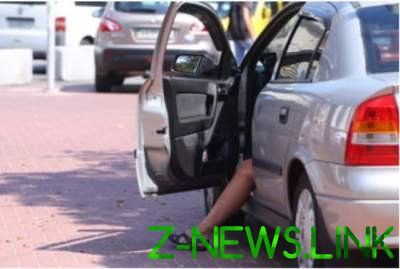 The taxi driver in the middle of the road stopped the car and got the Manager.

Taxi ride ended with a scandal, because the driver forbade the child with a disability to eat cookies. Mother resents this attitude, and the driver said, had no choice.

Raise tariffs, rude, handsy. About the exploits of the taxi drivers write in social networks and tell each other. Last year a scandal erupted after the driver hit the passenger.

The man was fired. However, for the year in the same service a new conflict: the driver suggested route is longer for a higher amount.

Then forbade the child to eat cookies. When Ian explained that her son has autism and after surgery eating by the clock, in the middle of the road stopped the car and got the Manager.

“I burst into tears. I had no idea how I would be now in someone else’s busy street with Maxim, which I can’t stand hand, a hungry child can’t say “wait” – says the woman.

To meet with journalists, “Today,” the driver refused. On the phone explained that the situation has assumed alarming forms. And not to get into an accident, decided to stop the trip.

“It started, started to ring, with someone talking on the phone, and threatened to give my phone number. Stopped, dialed dispatch, had caused, and said that the car will be in five minutes, the girl left, not kicked, not pushed out – I was asked to leave,” the driver explains Alexander.
Alexander was fired. Promised more carefully selected staff.

“We have it handled. If such a case occurs per million trips, it does not mean that this is a systemic situation”, – explained in the taxi.
The state foods and consumer service explained that the taxi driver really broke the rules, banning is in the cabin. And the most that can count the Complainant is fining the driver.

“If indeed the contract is breached, the penalty is 100 percent of the amount of provided services”, – said there.

The passenger, in turn, has the right to a view documents and a licence to transport, and to end the trip in case of a conflict and not pay for it.