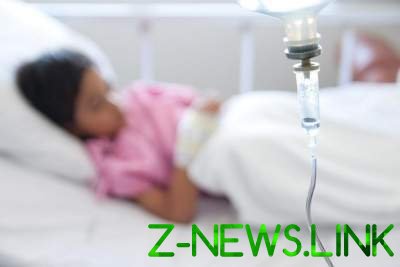 In Kiev, seven children were poisoned after eating mayonnaise, which were distributed free of charge near the metro station “Shulyavska”.

“According to minors, deterioration of well-being they felt after eating mayonnaise, which was distributed during promotional campaign”, – told the police.

The information says that yesterday around 12:00 to the Metropolitan police received information that near the metro station “Shulyavska” unknown handing out free mayonnaise, doubtful. On call left is investigative-task force of Shevchenkovsky police Department.

“At the scene, 21-year-old inhabitant of Kiev told that about 9:00, an unknown person conducted a promotion and handing out free flyers and packets of mayonnaise and cheese flavor. Also the man gave law enforcement officers a single packet of mayonnaise and a few flyers that are attached to the collected materials.

After 13:30 the police from health workers, it was reported that the infectious Department of the hospital received seven children with a preliminary diagnosis of intestinal infection”, – said the Metropolitan police.

Doctors told police that during the examination of minor patients the diagnosis: food poisoning. “At the time of the arrival of the officers to the hospital two children left the medical facility, and five 16 – year-old students of the Kiev College – told police that around 9:00 when they went to school, near the metro station “Shulyavska” held a promotional event, and they received packs of mayonnaise. After consuming free products children felt unwell. Presently their condition is satisfactory, the patient treatment none of the children goes. Installs all the circumstances of the incident and the person who conducted the promotion. In addition, the investigators administered examination on the content distributed to the mayonnaise,” the police said.

Event information made in the Unified register of pre-trial investigations under part 1 of article 325 (Violation of sanitary rules and regulations for the prevention of infectious diseases and mass poisonings) of the Criminal code of Ukraine, initiated criminal proceedings.