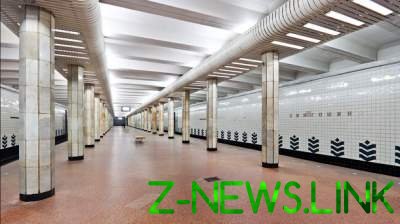 In the capital plan to overhaul the station “Svyatoshyn.”

In Kiev, it is repaired the metro station “Svyatoshin” area and an underground passage to the square Heroes of Brest. Also planned overhaul of the building Svyatoshinsky and Zhmerinsky (from St. Kiprianova the Ring road).

Work can start next year, but they will cost 182 million.

We will remind, at the metro station “Khreschatyk” (exit to the street Khreshchatyk) in Kiev began a planned overhaul of the escalator number 2. It will last until 12 December 2017 and will not affect the operation of the station.

Earlier, the Kiev Konstantin cherepivs’ke developed the scheme of night public transport in the capital. Taken as a basis for routing day transport that Constantine created six months ago.

The map shows the schedule of departure from Termini and the metro and urban trains as point-landmarks, with the same purpose, provided the names of some streets.