Home / Society / In Kiev, people had to go to the bus with a broken door

In Kiev, people had to go to the bus with a broken door 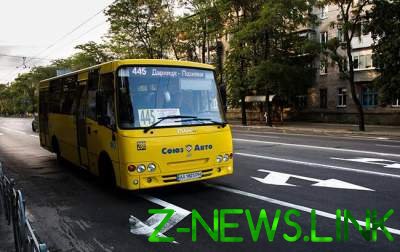 The vehicle broke down

Thursday, December 28, in Kyiv the bus No. 445 broke down the doors management system, but the driver did not stop and he took passengers on.

“On the morning of 28 December, in Kiev on the public transport stop on the street Drahomanov, bus No. 445 broke down the doors management system. In the result, the front door closed, and back – “frozen” in the clear”, – is told in the message on the page of the community “Typical Kyiv” in Facebook.

“The driver told the passengers that the door is not closed, but nobody has been willing to exit the vehicle. The driver offered the option to go slow, but with the tailgate open”, – eyewitnesses told. 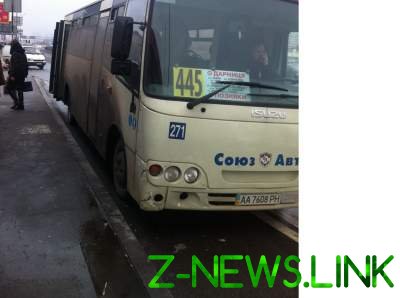 Comments protested such act of the driver.

“The driver broke everything you can break. And the passengers are idiots. These taxis running every 7-10 minutes” – write to the network.

“And the option will drop all and go to the station was not even considered. And even paid extra to ride with the wind,” – noted in the comments.

“The most important time to raise the price of the fare. And the fact that this cart is on its last breath – the tenth case,” said the outraged users.

“The driver is greedy. He had to drop off passengers at the same time – to return the money for travel, or transfer to another bus for free. To risk the lives of passengers are not allowed!” is resent in the network.

“Well, if you are willing to travel like cattle, why not carry like cattle?” – wrote in the comments.

“In the’ 90s and zero were common. No one fell out. Darwin to the rescue” – added users.