In Kiev on the March “immortal regiment” expected 5 thousand people 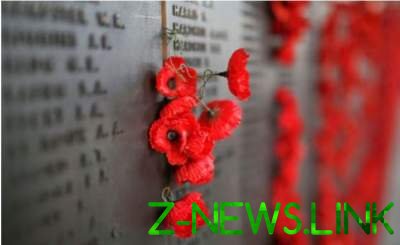 Such action is already carried out more than once, and the police understands all possible risks.

In the capital on may 9 will be a March “immortal regiment”, which is expected to involve about 5 thousand people.

This was reported to journalists on Friday in Kiev, the chief of the National police of Kiev Andrey Krishchenko.

According to him, the police of the capital has received the application of the Kyiv city organization of veterans on the March “immortal regiment”.

“Application for participation of 5 thousand people, the route will continue from Arsenalna metro to the Park of Glory, the time is also from 9 to 12,” kryschenko said.

He recalled that this action has already carried out more than once, the police understand all possible risks.

To ensure law and order during the March, according to Krishchenko, will be roughly the same number of militiamen, as in the past year – about 2 thousand people.

“We are seeing given the political process in the country that one of the people have some certain expectations, and expensive – some fears that the police may be more loyal to the banned symbols,” – said the head of the Metropolitan police.

“I want to warn some, and second to reassure that the police will comply with the provisions of the law on decommunization. There are characters that are forbidden and, like last year and the year before, the police will remove them, to make administrative reports, conduct preventive measures”, – explained Krishchenko.

See also:  Witty comments from people with a great sense of humor

However, he said: “No excesses, we do not expect yet. I am sure that everything will be peaceful, we will be able to provide this event in compliance with legislation, including on de-communization.”

Also Krishchenko added that so far this is the only application for the shares on 9 may.