In Kiev kindergarten three babies picked up the Coxsackie virus 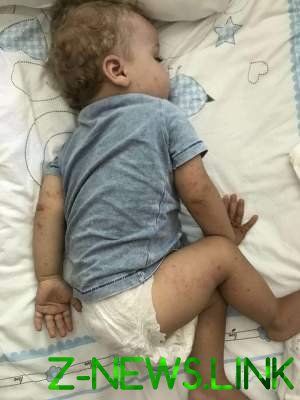 In Kiev, in kindergarten Sviatoshynsky district broke out exotic Coxsackie virus, which was imported to Ukraine from Turkey. As reported by a parent of one of the pupils of the kindergarten, her child in the group of three children got sick with the Coxsackie virus.

All sick children aged up to 4 years.

“Children are basically temperature, not all as is characteristic for the disease is rash on the body. However, the group is stopped”, – said the mother of the child.

It is known that Coxsackie virus is quite common, however, recover from them, people set it for another 2-3 months. Doctors note that the virus is seasonal.

The virus is transmitted via droplet and oral-fecal way. The latter include the danger of Contracting the disease through dirty hands and unwashed vegetables and fruit.

This is not the first outbreak of Coxsackie virus. In Ukraine in November last year they have dozens of sick children in different areas. In particular, then raised the alarm, the parents of pupils of one of kindergartens in the Ternopil region, where 32 children have picked up the virus. Have sick kids was rash, and peeling of the nails on the hands and feet. They were diagnosed with Coxsackie virus. After that, of cases reported in the river, Odessa and Lviv.

Vaccine against the Coxsackie virus is not as specific drugs, so treatment is symptomatic. If the high temperatures – it should be knock down, and if a lot of bubbles on the skin – preferably the affected area is treated with antiseptic. You also need to drink plenty of fluids.