In Kiev hooligans beat a foreigner 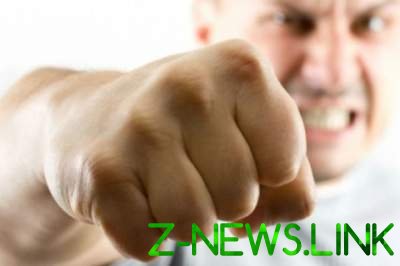 Rob did not have time.

Yesterday, April 27 in the slot near the subway station “Lukyanivska” in Kiev Shevchenko district the crime occurred. The 40-year-old tourist from Denmark emerged from the underground, attached street thugs.

As the guest of the city did not understand what was wanted of him, the dialogue in the style of “Gimme a smoke” is not supported and tried to discreetly leave. However, the street tracker is caught up with him and started beating him in front of passers-by.

See also:  In Kiev taxi driver attacked a foreigner with a knife

When concerned citizens still stood up for the foreigner and broke up the bullies, the Dane’s still got.

Arrived, the police have not found at the scene of the criminals. The victim was sent for examination to doctors, then by assigning appropriate examination to determine the degree of severity of injuries.

Until opened a criminal case under part 1 of article 125 of the criminal code – Infliction of light bodily injuries. To steal from Dane nothing of values did not. The danger to his life there, but by far the impressions from the capital of the foreigner is ruined.