In Kiev has altered a controversial mural with a drug Lord 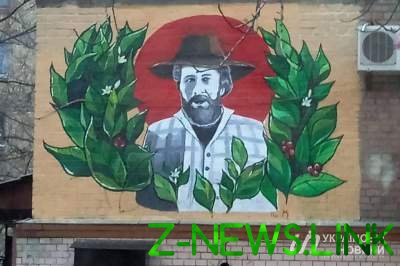 Ukrainian showman, owner of the controversial cafes Andrey Dzhedzhula painted a picture of drug Lord Pablo Escobar on the wall of his house in Kiev.

Now the entrance to the cafe is almost impossible to know the face of well-known murderers. Escobar really was like a Colombian farmer, which previously told Dzhedzhula, justifying bad creative. Initially, the mural was painted over only the name of the cafe, but later the owners fixed the entire drawing, abundantly supplying it with branches of a plant similar to coffee. 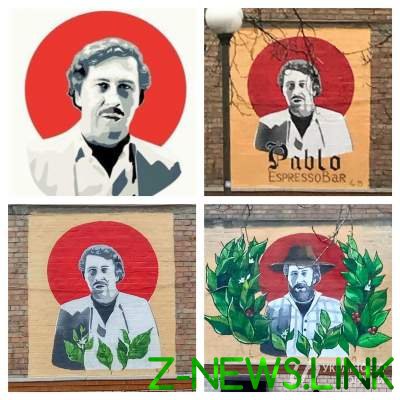 We will remind, the institution known showman has appeared in the scandal center because of Escobar’s image in advertising. After the wave of indignation in social networks, the city authorities ordered the owners of the controversial cafe to paint the picture of a drug dealer. However, the owners were in no hurry to do it. Changes to their sign they made just after the next wave perturbations at the largest international forum, as well as TSN, in which journalists asked a girl from Colombia to visit this cafe.