Home / Society / In Kiev figured out how to cope “heroes Park”

In Kiev figured out how to cope “heroes Park” 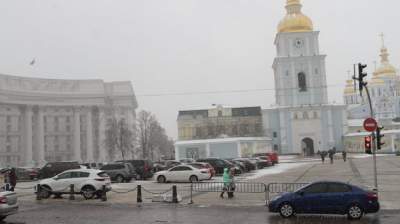 If BP adopts a law, the city will be able to use the tow.

Gathered in Kiev tougher to deal with “heroes Park”. Kyiv city Council approved the list of the 66 streets in the centre and in the suburbs (for a complete list of streets, see the right column), where for Parking, significantly impeding traffic, promise to massively evacuate machine-offenders.

“Together with police was defined by those streets, where most of the unscrupulous drivers interfere with traffic. In these areas will set the road signs, cause road markings to let drivers have seen places where you can’t Park. Only after all these steps the police will take appropriate measures to the driver, which prevents the organization of traffic”, — explained to us in Department of transport infrastructure KSCA.

For breach of promise to punish rigidly. “On these streets there is a legitimate Parking. But if the car is parked with violation of traffic rules: at the pedestrian crossing tram tracks, a lane for public transport, it will be evacuated. But it is as a last resort. The rest will be fined (255 UAH. — Ed.)”, — explained the Director of Department of transport infrastructure KSCA Sergei Simonov.

The decision of the Kyiv city Council will enter into force after it is signed by the mayor. “Drawing up protocols and evacuation of the offending car can only deal with the police. But if the Parliament adopts the bill No. 5364 (provides for the reform of areas of Parking lots transport. — Ed.) the functions of evacuation, fines and impound lots will be dealt with at the city level. We have our own impound lots, and eight tow trucks that you can use,” continued Simon. We will remind, evacuate auto utilities after mass complaints from drivers was banned back in 2008.

In the mayoralty recognise that the solution declaratively. “At the moment it is the decision of deputies cannot be used in practice, up until the adoption of the bill No. 5364. This decision of the Kyiv city Council is urging motorists less to Park in these zones and not to break the rules. Most likely, for the law in Parliament will vote on second reading by the end of the year”, — said the adviser to the mayor Dmitry Belotserkovets.

Experts claim that the innovation will lead to lot of litigation and dissatisfaction among the people because of the evacuation and storage of cars at the impound lot you will have to pay more than 700 UAH, and almost nothing will change. “This innovation, of course, may slightly improve congestion in the city centre, but now to fix a violation for improper Parking, you have to undergo a long procedure, and, most likely, the police at this time will not” — said the Director of “Institute of” Alexander Sergienko.

Where will tighten Parking rules