Home / Incident / In Kiev, due to the arsonist had to evacuate people from high-rise buildings

In Kiev, due to the arsonist had to evacuate people from high-rise buildings 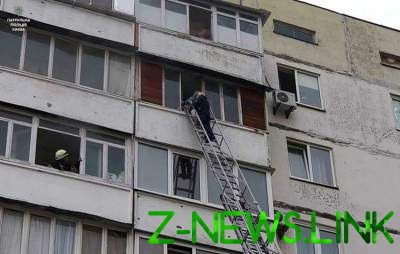 The inspectors helped rescuers evacuate residents from houses on the street Serge Lifar, where inadequate torched the place.

It is established that the arson of the apartment were involved in the ex-husband of the mistress of housing. He set fire to the front door when the apartment was his ex-wife, her mother and 10-year-old son.

See also:  In Kiev "Mercedes" knocked down a pedestrian-the intruder

As a result of incident the fire covered almost the entire 7th floor. The smoke has spread to the 9th floor, and was so strong that people couldn’t breathe.

Evacuate the occupants of the rescuers helped patrol: they knocked at each door to people as quickly as possible left the room, and the children, the police carried on the hands. Two children – 5-year-old girl and 12-year-old patrol was shooting from the Windows with a fire escape.

See also:  In Sumy at the pasta factory explosion: there are victims

The arsonist was arrested in his apartment on a street of zakrevskogo. Now investigators are working with him.