Home / Society / In Kiev dismantled the building of a controversial Dolphinarium

In Kiev dismantled the building of a controversial Dolphinarium 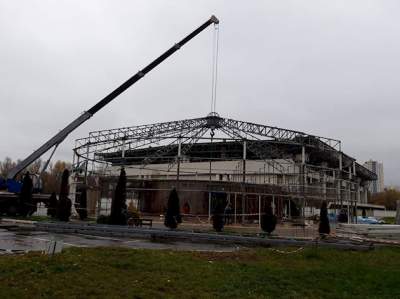 The Dolphinarium was closed in October.

In Kiev, on Tuesday, November 14, dismantled the building of a controversial Dolphinarium “Nemo”, which was closed at the end of October.

About this on his page in Facebook said Oleg Sinelnikov.

“Concentration camp for dolphins finally dismantled. This morning was work,” he wrote.

“Nemo” was closed at the end of October. Then the network got the photo, which was visible to the dismantled sign.

Last show in “Nemo” took place on the 22nd of October. 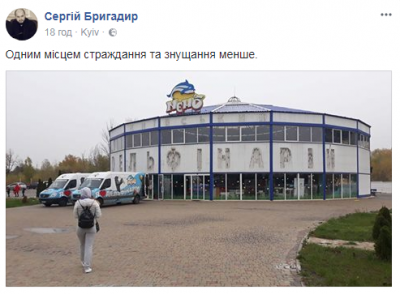 Recall that since its inception in 2009, the Kiev Dolphinarium has become the main defendant in a number of scandals.