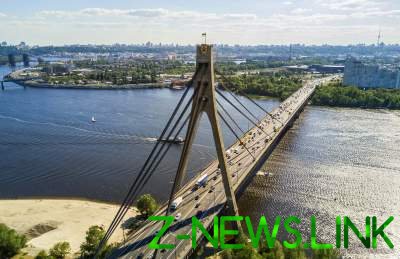 The proposal will consider in plenary meeting.

The permanent Commission of the Kyiv city Council on culture, tourism and information policy proposed to rename some streets, parks, squares and Moscow bridge.

In particular, Moscow proposed renaming the bridge in the North; the Rue Henri Barbusse in the Pechersk district, in St. Basil Tyutyunnik; and lane Panfilov in Pechersk district – the alley of job Boretsky.

Unnamed area, which is limited to the streets zhilyans’ka, Velyka Vasylkivska and Physical education, can be a “Trinity”.

In addition, ordered the names of some of the green areas of the capital. So, the square between the streets of Zhilyanskaya, Tarasovskaya street and is proposed to assign the name of Dimitri Peshev, and Park on the street Sich Riflemen, 27 called “Canadian”.

“To rename the square of Andrei Ivanov, between the street of Mikhail Emelyanovich-Pavlenko and Batysheva alley in square “Latvian”; to clarify the name “Park Obolon in the tract Natalka” – namely, to give him the name “Park Natalka”, – stated in the message.

The Commission also initiated the return of the Komsomol array of historical names of “North-Brovary”, and the district Chapaevka – “Vita-Litovsk.”

We note that the Commission’s proposals should be considered by the plenary.