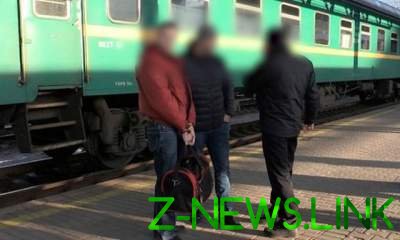 In Kiev today detained participants of an organized criminal group, whose members were recruited for transplantation of organs to four people, three of whom are minors. This was reported by the press service of the National police.

The gang consisted of three young men aged 19 to 21 years old, two of them – Kiev, single – resident of Poltava.

The attackers, who during August-November to recruit people for the transplantation of internal organs, promising potential victims monetary compensation, detained today at the Central railway station of Kiev.

“As in Ukraine, the transplantation of organs between people without kinship ties is forbidden, attackers tried to smuggle the recruited people across the border to Russia, to Moscow for surgery,” – said the police.

Also at the station was discovered the woman who was heading to Moscow to have surgery to remove part of the liver. If there was medical documentation, as well as part issued by the recruiters of money – 10 thousand UAH pocket money.
According to police, 32-year-old female donor attackers offered 250 thousand dollars, but had planned to give her no more than 10% of this amount.

As reported a press-service of Prosecutor’s office, the age of recruited minors ranged from 14 to 16 years. The attackers promised the young men a lot of money, which they can buy things, in particular, mobile phones and car.

“Recruitment took place through social networks and usually parents were not even aware that their children are unable to sell your body to the criminals, become disabled, or die,” – said the Prosecutor of Kiev region Dmitry Chibisov.
According to the prosecution, the criminals planned to make only one transplant about 200 thousand dollars, and deceived donors to pay for only the sixth part of the amount, namely us $ 30 thousand.

On this fact initiated criminal proceedings under part 3 of the article 149 (trafficking or other illegal agreement concerning the person) the Criminal code of Ukraine.

The sanction of article provides imprisonment from eight to fifteen years with confiscation of property or without it.

The issue of the announcement of suspicion and remand them in custody.

In addition, in Kiev detained two citizens of Ukraine, which was part of a transnational organized criminal group, which specialized in illegal organ transplantation.