Home / Incident / In Kiev, arrested a gang of daring robbers

In Kiev, arrested a gang of daring robbers 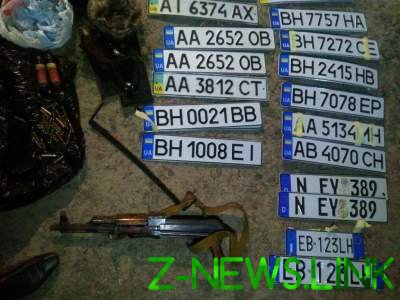 In Kiev was detained the attackers, who made not one attack on entrepreneurs. During the last attack, the businessman had taken 6.5 million hryvnia.

This is reported in the press service of the Prosecutor of Kyiv.

It is reported that managed to apprehend four people suspected of committing a series of assaults on businesses.

During the last such attack, on 30 August 2017 attackers, moving on the highway Brest-Litovsk on the BMW car, blocked the car of the victim, stabbed him twice in the shoulder and took his bag, which was UAH 6.5 million.

In Kiev introduced a plan “Interception”. And after a few hours the attackers were arrested.

All four men are citizens of Georgia. They temporarily lived in the capital and traded in assaults on businesses with a firearm.

The detainees were searched. Police seized pistols, a Kalashnikov rifle, a large quantity of ammunition, sets of license plates for cars, mobile phones, radios, navigation devices, balaclavas, gloves, wigs, about 40 sets of keys, lockpicks, other tools that were used to commit crimes, as well as cash.

All detainees it is reported about suspicion under part 4 of article 187 of the criminal code of Ukraine (the robbery directed on a taking by property in especially large amounts committed by group of persons).

Preparing the petition for election to malefactors the measure of restraint in form of detention.

They checked for involvement in other criminal episodes.

As previously reported, in Kiev, Lomonosova street, exit from the yard of the house number 31/1 police stopped the car VAZ. During inspection of the machine, it was discovered the weapon.