In Kiev, a dog attacked a 4 year old child 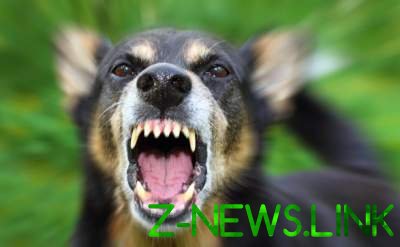 The owner of the dog have mixed teams.

In Kiev Obolon dog bit a child due to the fact that the owner mixed up the teams.

As reported by the resource, an accident occurred on the waterfront Obolonska.

“Due to the fact that the 20-year-old owner messed up the commands for a dog that bit 4-year-old kid who walked with the nanny”, – quotes the edition of eyewitnesses.

“We were walking with a stroller on the promenade, near the temple, Geroev Stalingrada, 20. Not far from us was walking 4-year-old boy with a babysitter. Suddenly, the dog lunged at the child. And her owner is having to give the command “Fu!”, began to shout “Fetch!”. As a result, the dog bit a child – four bites on his right leg and three on the left. The dog drove the intruding fishermen, began to beat her and pull. And the guy never moved to stop his dog. Now waiting for the ambulance,” said the woman.

In the Obolon district police confirmed that the call was drawn up.

As told in police, the trade will be in the registry and the boy is examined by doctors. Punishment for the dog owner could face a fine (if serious damage is not revealed) to criminal punishment, the detention for up to two years.

In addition, the dog owner can take.